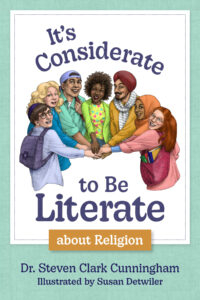 Available now for preorder from Orange Hat Publishing, in hardcover and paperback (release date: September 20, 2022). Get 50% OFF with preorder (code: 50%OFFpreorder)!!!

It’s Considerate to Be Literate about Religion is a book of poems and prose for young readers, their parents, and their teachers. Along with Cunningham’s award-winning books Dinosaur Name Poems and Your Body Sick and Well: How Do You Know? this new book shares the motif of using the names of things (nomenclature) to introduce topics that otherwise may be unfamiliar, such as the difference between the religious and the secular, or between a devotional approach to practicing a religion and an academic approach to studying religion, or among all the various ways one can be religiously literate and religiously illiterate.

In addition, a lively preface explains the joy of creating words, such as “poemenclature”; a helpful introduction welcomes readers to the concept of religious literacy; a fulsome glossary defines terms used in the book; and a section of suggested further reading offers a wide variety of sources for those who want to learn more.

Note: “The Poemenclature Series” is not indicative of a series proper (in ISSN terms) but rather a nod to the author’s invention of the term “poemenclature” to indicate his tradition of writing poems that name and classify, as he did with his first two books.

Your Body Sick and Well: How Do You Know?

The book serves up a fun and healthy collection of bite-sized treats that both educate and entertain.

Following in the Jurassic footsteps of his award-winning book Dinosaur Name Poems, the current poems share the motif of using the names of things (nomenclature) to introduce topics that otherwise may be unfamiliar (as in the poem “Sphygmomanometer”) or even a little scary (like in “Cancer” or “Anesthesia”). 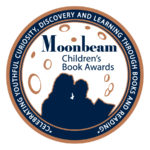 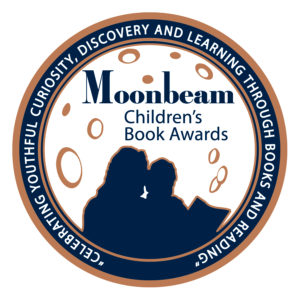 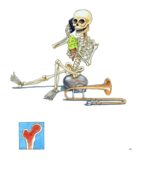 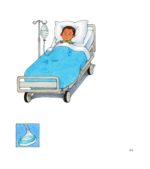 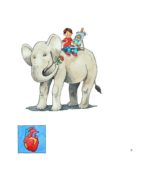 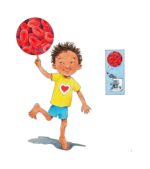 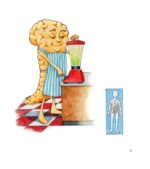 The lyrical nature of the poems and the vibrant warmth of the illustrations give each topic the traction needed to get kids reading right into the poems and on through the “Learn More!” sections that follow each poem. ***Author proceeds from the sale of Your Body Sick and Well: How Do You Know? go to charities supporting children’s physical and mental health!***  Check out the pre-release reviews by clicking the “Reviews” button above!

From Three Conditions Press, this 72-page, richly illustrated, bilingual (English and Spanish) collection of poems for young readers won the 2009 Moonbeam Award in both the “Poetry” and the “Spanish Language” categories.

Kids love to know what the dinosaur names mean: Tyrannosaurus Rex is “tyrant lizard king,” Stegosaurus is “plated lizard,” Oviraptor and Velociraptor are “egg thief” and “speedy, or swift, thief,” and my son’s favorite, Pachycephalosaurus, is “thick-headed lizard.”  So each poem uses the name of a dinosaur (or other prehistoric beast) as a take-off or setting for the playful verse that follows. 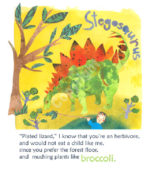 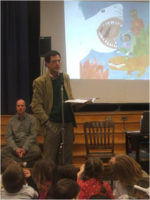 The book includes a glossary of technical terms and preshistoric beasts.  The accuracy of all text and illustrations was approved by Paleontologist Dr. Richard Kissel of the Paleontological Research Institution of Ithaca, NY.

We would like to thank Dr. Richard A. Kissel, Paleontologist and Director of Teacher Programs at the Paleontological Research Institution and its Museum of the Earth (Ithaca, NY), for reviewing and editing the content of the book for scientific accuracy. 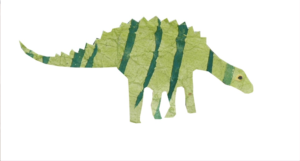 For children – our future –
especially my children,
Lucas, Ana, Amaya, and Matteo,
especially Lucas Mario
who inspired this book,
and for my mother and my wife,
the two people to whom I owe the most
thanks.

Dr. Steven Clark Cunningham was born in Denver, Colorado. After graduating from Creighton University with majors in chemistry and Spanish, he attended medical school at George Washington University in Washington, DC. Having finished his residency in general surgery at the University of Maryland and a fellowship in surgery of the liver and pancreas at Johns Hopkins University, he currently works as Director of Pancreatic and Hepatobiliary Surgery and Director of Research at Saint Agnes Hospital in Baltimore, MD.

He has served as a contributing editor of Maryland Poetry Review and his poems have appeared in that journal. In addition, his work won the literary arts contest sponsored by the magazine The New Physician. His poems have also appeared in Chimeras, WordHouse Baltimore’s Literary Calendar, and in the anthologies Function at the Junction #2, Pasta Poetics, and Poems for Chromosomes.

Dinosaur Name Poems (Three Conditions Press, 2009), his first full-length book of children’s poetry, won the 2009 Moonbeam Award in both the Children’s Poetry and the Spanish Language categories. Your Body Sick and Well: How Do You Know? continues to make science fun for kids!

Dr. Myriam Gorospe was born in San Sebastian (Donostia), Spain.  She received her Ph.D. from the State University of New York at Albany.  She completed her postdoctoral training at the National Institutes of Health, where she studies genes (some of  the same genes that dinosaurs might have had!).  She has broad experience translating between English and Spanish, ranging from scientific and technical documents to poetry and literature.

Susan Detwiler has illustrated several award-winning books for children, including After a While Crocodile, her sixth title for Arbordale Publishing. She is the author/illustrator of Fine Life For A Country Mouse, a picture book published by Penguin Random House in 2014. Her illustrations have appeared in the children’s magazines, Highlights for Children and Ladybug and her artwork has been used for puzzles, games, and greeting cards. Susan was educated at the Maryland Institute College of Art and she and her artist husband live in Baltimore. She is a volunteer member of the MD/DE/WV chapter of the Society of Children’s Book Writers & Illustrators.

Valeska Maria Populoh grew up in a small town in Germany, immersed in storytelling and rituals. Tales of saints wafting through plumes of smoke in the cathedral blended together with mesmerizing puppet shows beamed in from Poland and the folktales her mother read to her from thick, brown tomes.  The calendar was filled with community celebrations – lantern processions on St. Martin’s Day, annual eruptions of color and costume for Carnival…  Her childhood was imbued with richness and color.  When she moved to America as a young girl, she tumbled headlong into that perplexing terrain of not speaking a language and so improvising pantomime to communicate. Her best tools were picture books and a sticker album her teacher made for her, in which she recorded the words she learned. Art, music and gym class were her solace. From this grew a strong and abiding fascination with language, the power of the body and images to communicate without words, and a sensitivity to feelings of otherness, and the value of community. After years of nomadism, both geographic and professional, she now reside in Baltimore, Maryland, engaged in the community as a puppeteer, performer, artist, and teacher.  Making art and illustrating dinosaurs is one part of this life, dedicated to celebrating creativity, making joyful, enriching and colorful experiences available and accessible to others, and supporting youth in their endeavor to find their own creative voice. 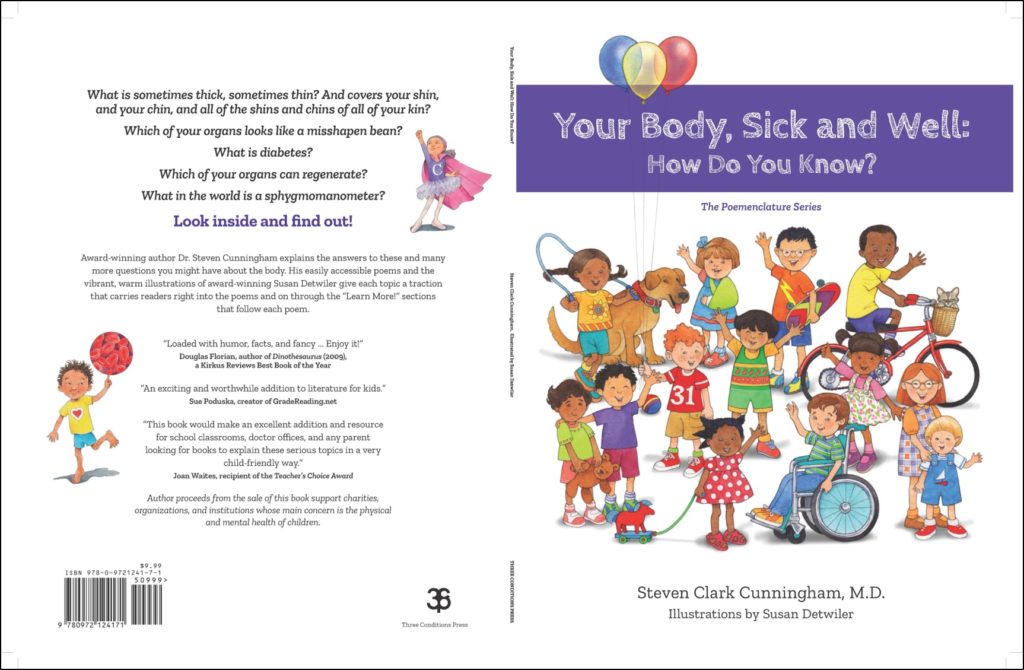 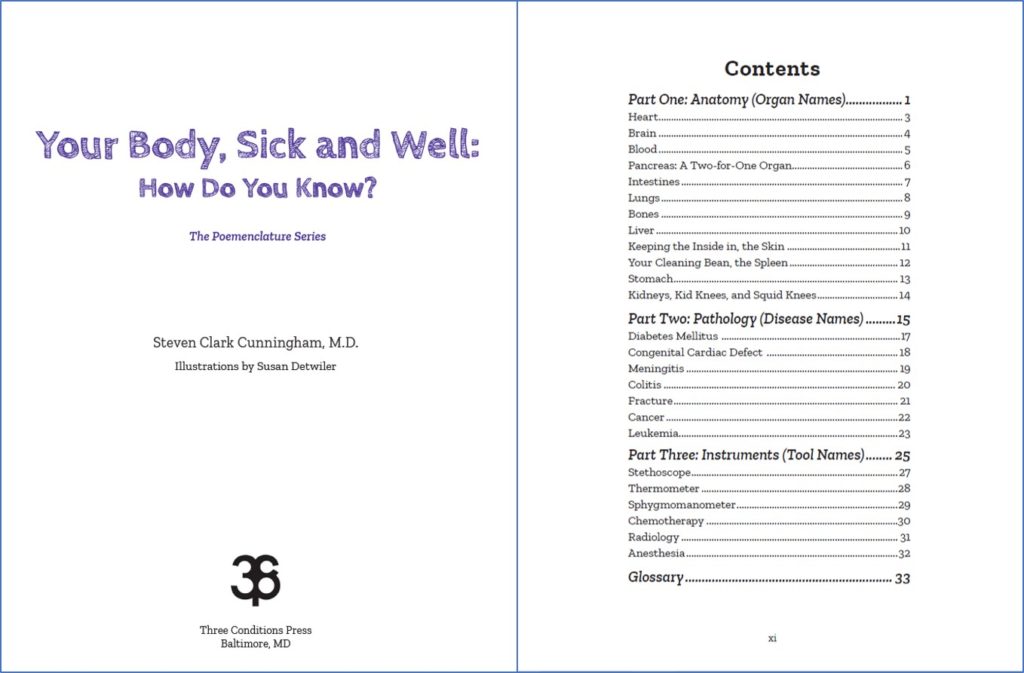 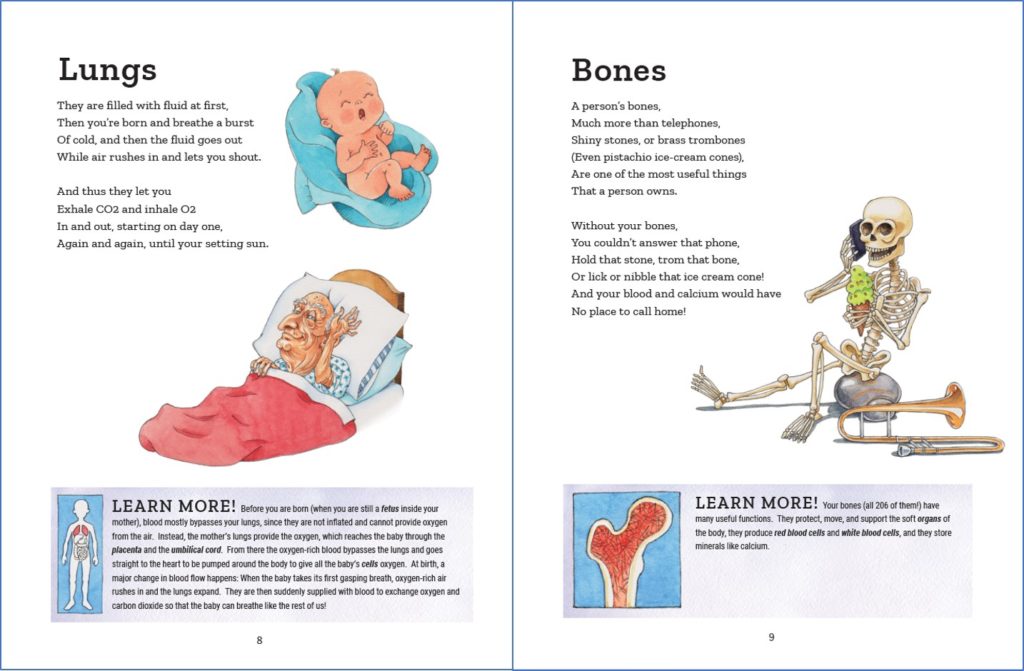 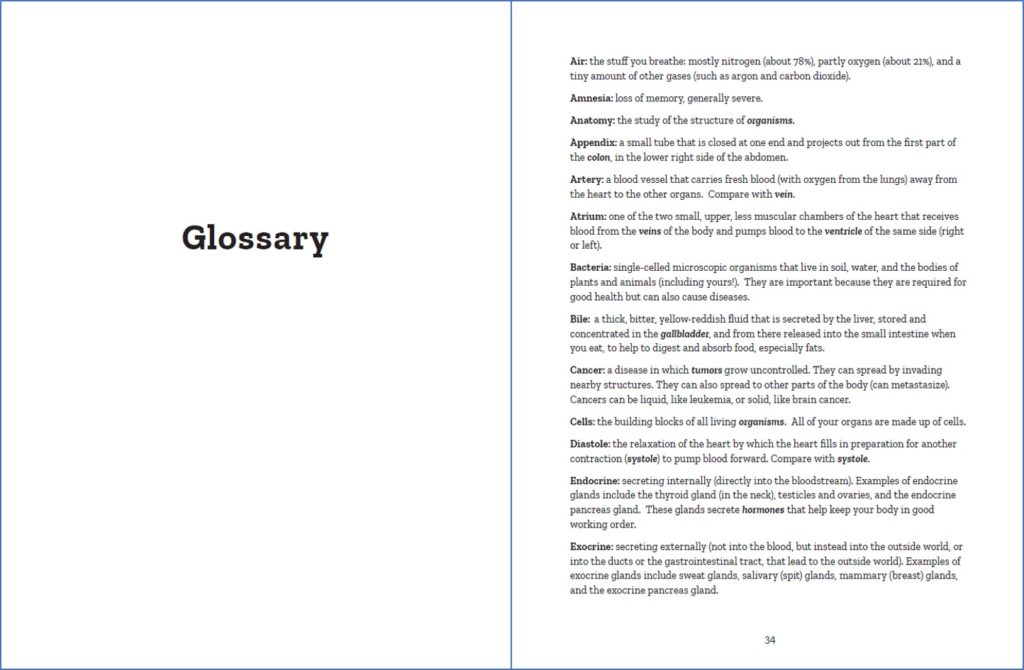 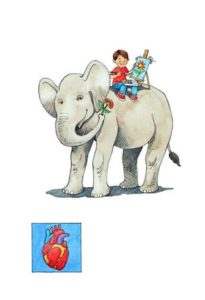 300 liters per hour
Is the blood-pumping power
Of the human heart
Which feeds your brain
To make you smart
Enough to paint a flower. 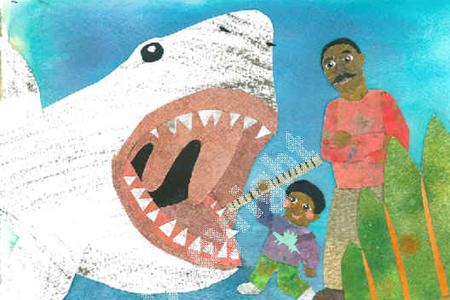 Megalodon
Your “giant tooth” was as big as my head
your giant jaws when wide-open spread
were as big as my Dad is tall
but with him by my side I’m not afraid at all.
Megalodón
Tu “diente gigante” como mi cabeza de grande,
tu mandíbula también, gigantesca se expande,
eres tan alto como mi Papá,
pero con él a mi lado, nada me pasará. 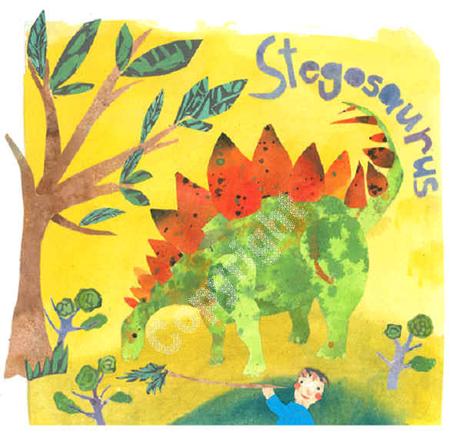 Stegosaurus
“Plated lizard,” I know that you’re an herbivore
and would not eat a child like me,
since you prefer the forest floor
and munching plants like broccoli.
Stegosaurus
“Lagarto con placas,” herbívoro eres
Y jamás me comerías a mí,
porque prefieres tus hierbas y flores
y el brócoli te hace feliz. 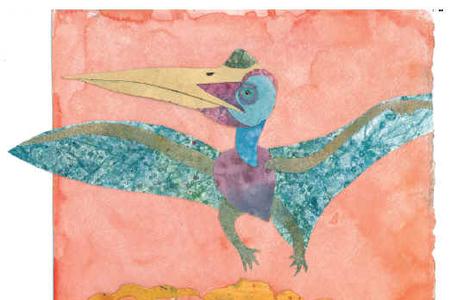 In progress.  Please contact me directly for any additional images, text, etc, until the Media Kit is complete.