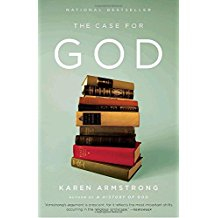 The Case for God, by Karen Armstrong