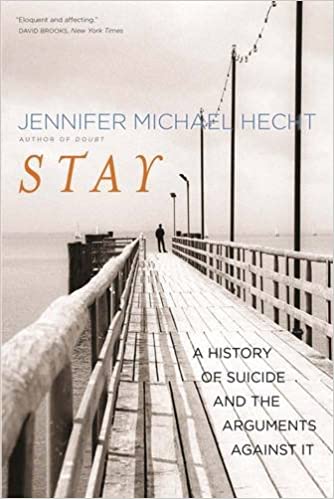 Stay: A History of Suicide and the Arguments Against It, by Jennifer Michael Hecht